Kevin Clash began making his own puppets and performing for live audiences when he was a boy. He turned his childhood obsession into a professional passion, forging a career in television and making an indelible mark on children's imaginations. Kevin has been with Sesame Street for twenty-six years and is coexecutive producer of "Elmo's World." He has won three Emmy Awards for Outstanding Performer in a Children's Series and six for his work as coexecutive producer of an Outstanding Pre-School Children's Series. He has a daughter, Shannon, and lives in New York City. 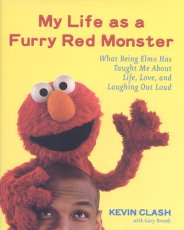 My Life as a Furry Red Monster: What Being Elmo Has Taught Me About Life, Love, and Laughing Out Loud