BRAD FELD has been an early-stage investor and entrepreneur for over twenty-five years. Prior to co-founding Foundry Group—a Boulder, Colorado-based venture capital firm—he co-founded Mobius Venture Capital. Brad also founded Intensity Ventures, a company that helped launch and operate software companies. Prior to this, Brad founded Feld Technologies. He is also a founder of Techstars and has been active with non-profit organizations, including acting as chairperson for the National Center for Women in Technology.

JASON MENDELSON has 20 years of experience in the venture industry. Prior to co-founding Foundry Group, Jason was a Managing Director and Chief Administrative officer at Mobius Venture Capital, where he also served as the firm's general counsel. Besides his experience as a venture investor, Jason has also been a software engineer, startup lawyer, and a co-founder of SRS | Acquiom. He is an adjunct at the University of Colorado Law School where he co-teaches a course on venture capital and entrepreneurship. 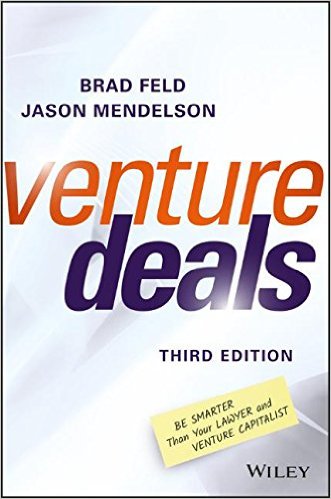 Venture Deals: Be Smarter Than Your Lawyer and Venture Capitalist