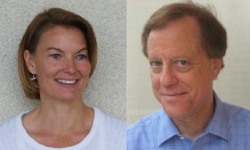 
Howard S. Friedman, Ph.D., author of The Longevity Project: Surprising Discoveries for Health and Long Life from the Landmark Eight-Decade Study, graduated from Yale and was awarded the National Science Foundation graduate fellowship for his doctoral work at Harvard.  He is currently Distinguished Professor of Psychology at the University of California, Riverside, and has been honored with major awards by the American Psychological Association and the Association for Psychological Science.

Dr. Friedman has edited and written a dozen books and 150 scientific articles and has been named a "most-cited psychologist" by the Institute of Scientific Information.  His health and longevity research has been featured in publications worldwide.  He lives near San Diego, California

An avid traveler, Dr. Martin climbed Mt. Kilimanjaro in 2005, and recently completed the 151-mile Marathon des Sables across the Moroccan Sahara.  She lives in Riverside, California. 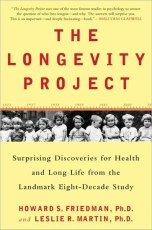 The Longevity Project: Surprising Discoveries for Health and Long Life from the Landmark Eight-Decade Study