Ann Marlowe received a BA in philosophy from Harvard College and an MBA in finance from Columbia University. Since 1987 she has worked as a legal recruiter in New York while writing about books, politics, culture, and music for Salon, the New York Post, the New York Observer, LA Weekly, National Review Online, the Village Voice, Artforum, and Bookforum, among other publications. Her first book, How to Stop Time: Heroin from A to Z, was published in 1999 to wide critical acclaim and has been translated into Spanish and German. She lives in New York's West Village. 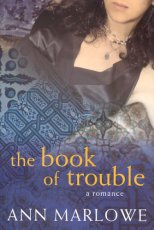 The Book of Trouble: A Romance