Carey Neesley is a hospice social worker with an M.S.W from Wayne State University and has a very rewarding career in which she sees both the best and the worst of human nature.

Raising her son, Patrick, in the same home where she grew up in Grosse Pointe, MI, Carey still mourns her brother but hopes that through her work with animals in warzones she can help give his memory the honor it so greatly deserves.

Michael Levin is a New York Times best-selling author and has written, co-written or ghostwritten 90+ books, of which eight are national best sellers. He is the nationally acknowledged thought leader in the delivery of the next generation of business books. He has cowritten with Baseball Hall of Famer Dave Winfield, football broadcasting legend Pat Summerall, NBA star Doug Christie, Hollywood publicist Howard Bragman, three-time Super Bowl winner Chad Hennings of the Dallas Cowboys, and FBI undercover agent Joaquin Garcia. He has also contributed to the New York Times, the Wall Street Journal, Forbes, the Los Angeles Times, the Boston Globe, the Jerusalem Post, Writers Digest, and CBS News. He lives with his wife and four children in Orange County, California.

About Reader's Digest Association
Reader's Digest Association (RDA) is a family of iconic brands that celebrate reading, sharing and doing among consumers on print and digital platforms. Our portfolio of products includes our flagship magazine Reader's Digest; Taste of Home, the world's largest circulation food publication; The Family Handyman, America's leading source for DIY; and a suite of Enthusiast titles including Birds & Blooms, Country, Country Woman, Farm & Ranch Living and Reminisce. For more than 90 years, we have simplified and enriched the lives of a passionate readership by discovering and expertly selecting the most interesting content in family, food, health, home improvement, finance, and humor. Reader's Digest casts a global footprint by providing products and services around the world through owned and licensed operations. Further information about the company can be found at www.rda.com. 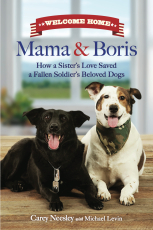