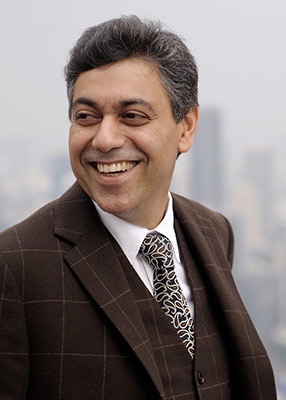 
Since joining lebua Hotels and Resorts as its first employee in 2003, Deepak Ohri has spearheaded the Thailand-based company to grow exponentially and become synonymous with luxury and sophistication. As CEO, it is his vision that has earned lebua brand recognition and numerous accolades worldwide.

Central to Ohri’s success is his unique vision of hospitality. He believes that the focus of hospitality should be on creating lasting emotional connections for guests – his initial vision for lebua – which has now become an industry-wide trend.

What Ohri saw in his previous tenures at hospitality companies such as Kempinski Hotels and Taj Hotels was that guests were craving something more. It became evident [to him] that the luxury hotel experience was really not that different from one hotel to another. Each hotel offered the same things, to some degree – excellent service and luxury amenities and accommodation, but nothing went above and beyond. When taking the reins at lebua, the visionary hotelier believed he could accomplish so much more. Lebua has now come to be at the forefront of industry trends, particularly when it comes to experiential luxury and creating hotels that serve as destinations in their own right.

Under Ohri, lebua quickly became a trendsetting international luxury brand. Often credited with kicking off the rooftop dining craze, lebua Bangkok is also famous for being the setting of several scenes from the Hangover II movie, which earned its Sky Bar and Sirocco restaurant iconic status worldwide. Today, lebua operates a distinctive family of hotels, restaurants and bars, including one of Bangkok’s finest luxury hotels, Tower Club at lebua, and luxury resorts in Lucknow and Jim Corbett National Park, India and Rotorua, New Zealand.

In addition to Sky Bar and Sirocco, The Dome at lebua – perched high among the clouds with breathtaking city and river views – is also home to lebua’s flagship restaurant, the 2-Michelin-star Mezzaluna, Distil, Breeze and Alfresco 64 – A Chivas Bar, part of an ongoing partnership with Pernod Ricard (Thailand), which also saw the launch of Flûte – A Perrier-Jouët Bar, (the highest open-air champagne bar in the world) and lebua No. 3 (the world’s tallest gin, caviar and vodka bar).

Further bolstering lebua in Bangkok’s reputation as the world’s “first vertical destination” – another phrase coined by Ohri – are Pink Bar, a gorgeous champagne bar; and Chef's Table, which received its first Michelin star after only being 8 months old, went on to receive two stars the following year and retained the two in the 5th edition of the MICHELIN Guide Thailand as well as received the first-ever Service Award recognition from the prestigious Michelin Guide Thailand.
As part of his vision for lebua, Ohri has continually placed lebua ahead of industry trends – first with his unique approach to luxury, then with the rooftop bars and restaurants trend, and now blending eco-tourism with lebua’s signature luxury experience. Thus far, Ohri has strategically built up the lebua brand, with a focus on lebua’s dining concepts, crossing three continents and with plans to expand further to become a leader in extraordinary destination hotels worldwide.

As a further testament to Ohri’s success at the helm of lebua, he has been recognized as an award-winning entrepreneur and celebrated speaker. He has been honored by numerous organizations; including, the International Hospitality Institute's Global Top 25 Most Inspirational Executives in Travel and Hospitality 2022, being a three-time recipient of the ‘Most Enterprising Entrepreneur’ at the Hospitality Asia Platinum Awards, the ‘Entrepreneur of the Year’ from The Best in Asia and He has also earned an ‘Achievers and Leaders’ Award from the Indira Group of Institutes, received ‘Innovation in Hospitality Award from the Stars of the Industry Group, ‘The Extraordinaire’ Award from Brand Vision 2018 and The World’s Leading Personality received at the 26th annual World Travel Awards.

He lives in Bangkok, Thailand with his wife of many years Anita Ohri. 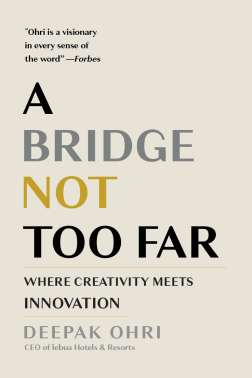 A Bridge Not Too Far