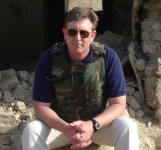 
Doug Stanton is the author of the New York Times bestseller In Harm's Way: The Sinking of the USS Indianapolis and the Extraordinary Story of Its Survivors. A former contributing editor at Esquire, Sports Afield, and Outside, Stanton is now a contributing editor at Men's Journal and has written on travel, entertainment, and adventure, during which time he nearly drowned in Cape Horn waters, played basketball with George Clooney, and took an acting lesson from a gracious Harrison Ford.

Stanton lives in his hometown of Traverse City, Michigan, where he is a member of the advisory board of the Interlochen Center for the Arts' Motion Picture Arts Program and a trustee of the Pathfinder School.

He has taught writing at the college level and worked as a commercial sports fisherman and caretaker of Robert Frost's house in Vermont. Stanton graduated from the Interlochen Arts Academy in Michigan and Hampshire College in Massachusetts, and also received an MFA the University of Iowa Writers' Workshop. He and his wife, the investigative reporter Anne Stanton, have three children. 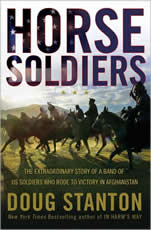 Horse Soldiers: The Extraordinary Story of a Band of US Soldiers Who Rode to Victory in Afghanistan