Bernard von Bothmer teaches American history at the University of San Francisco, where he received USF's 2010 Distinguished Lecturer Award for Excellence in Teaching, and at Dominican University of California. He was born and raised in New York City and received a B.A. with honors from Brown University, an M.A. from Stanford University, and a Ph.D. in American history from Indiana University. Bernard lives in San Francisco with his wife, Jane, and their two daughters. 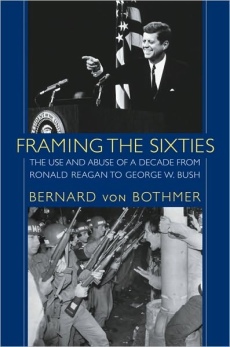 Framing the Sixties: The Use and Abuse of a Decade from Ronald Reagan to George W. Bush