John Wasik is a personal finance columnist for Bloomberg News and the author of several books. His most recent book, The Merchant of Power, was praised by Studs Terkel and well reviewed by the New York Times. Wasik has won more than fifteen awards for consumer journalism including the 2008 Lisagor and several from the National Press Club. He has appeared on such national media as NBC, NPR, and PBS. He lives in Chicago.

The Audacity of Help: Obama's Economic Plan and the Remaking of America 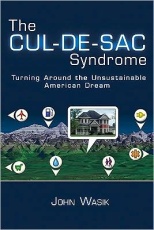