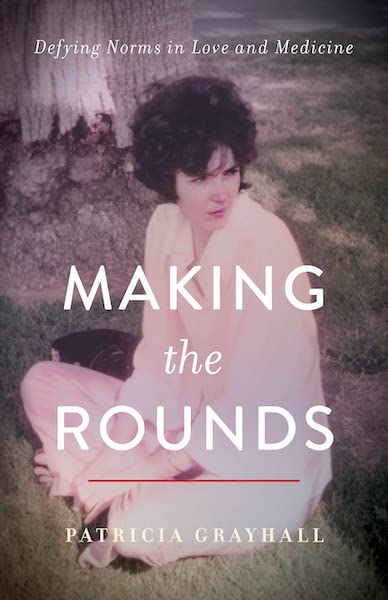 Making the Rounds: Defying Norms in Love and Medicine

Defying expectations of a woman growing up in Arizona in the 1960s, Patricia Grayhall fled Phoenix at nineteen for the vibrant streets of San Francisco, determined to finally come out as a lesbian after years of trying to be a “normal” girl. Her dream of becoming a physician drew her back to college, and then on to medical school in conservative Salt Lake City.

Though Patricia enjoyed a supportive friendship with a male colleague, she longed for an equal, loving relationship with a woman. But her graduate medical training in Boston, with its emotional demands, long hours, lack of sleep, and social isolation, compounded by the free-wheeling sexual revolution of the 1970s, made finding that special relationship difficult. Often disappointed but never defeated, Patricia—armed with wit and determination—battled on against sexism in her male-dominated profession and against discrimination in a still largely homophobic nation, plunging herself into a life that was never boring and certainly never without passion.

A chronicle of coming of age during second-wave feminism and striving to have both love and career as a gay medical doctor, Making the Rounds is a well-paced and deeply humanizing memoir of what it means to seek belonging and love—and to find them, in the most surprising ways.