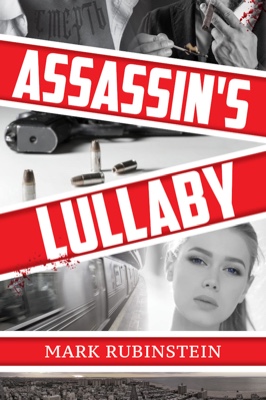 In every life, there lurks catastrophe. So believes Eli Dagan, a thirty-nine-year-old man whose traumatic past led to his service as an assassin for the Mossad. He now lives in New York City, where under various assumed names he’s a contract killer. Anton Gorlov, the head of the Brooklyn-based Odessa mafia, has a new and challenging assignment for Eli. Gorlov wants to leave the country permanently, so all loose ends must be eliminated. He’s willing to pay $1 million for a task divided into two parts. The job involves extreme measures along with unprecedented danger for Eli, who has lived a ghostly existence over the last ten years. Is accepting Gorlov’s offer a subliminal death wish? Or is it a way to reclaim part of his damaged soul? For the first time since his pregnant wife and parents were killed by a suicide bomber years earlier, Eli Dagan faces challenges that will reconnect him with his blighted past and may yet offer hope for a new and better life.

"I've been a fan of Mark Rubinstein for years, but with Assassin's Lullaby, Mark joins the ranks of Daniel Silva and John le Carré. It's a riveting story, relentlessly paced, yet still creates the blood and bones and psyche of its titular assassin. It's thrilling with every turn of the page yet maintains an authentic and unique voice to this weary killer. Don't miss it!"
—James Rollins, #1 New York Times bestselling author of The Last Odyssey

"Jam-packed with crosses, double-crosses, murders fair and foul, Assassin's Lullaby is anything but sleep inducing. An edge-of-your-seat thriller stretching from Israel to Russia to Brighton Beach, Brooklyn, it is a novel both grand in scale and incredibly intimate."
—Reed Farrel Coleman, New York Times bestselling author of Sleepless City

"Mark Rubinstein's Assassin's Lullaby is vividly intense. For this man who doesn't exist but who is all too real, every detail carries life-and-death significance. Every instant might be his last. The immediacy is palpable."
—David Morrell, New York Times bestselling author of First Blood

Assassin's Lullaby is a Master Class of Crime Fiction. It's a beautiful and moving noir creation, and if it is indeed a lullaby, then Mark Rubinstein is singing and writing in a new octave.
—Richard C. Simons, MD, Past President, American Psychoanalytic Association

"In Assassin's Lullaby, Mark Rubinstein is at the top of his game. As with all his suspense novels, he grabs you by the throat with his first sentence and then puts you on a roller coaster ride of action and suspense. He is a master at misdirection, which adds dramatically to his story-telling. You will love Rubinstein's latest."
—Joseph Badal, Award-Winning Author of The Carnevale Conspiracy

"Mark Rubinstein is a member of the 'real pro' club when it comes to thrills, reversals, and creating gripping, real-time storylines, and Assassin's Lullaby will only advance his reputation."
—Andrew Gross, New York Times bestselling author of The One Man

"Assassin's Lullaby is the kind of thriller that will have you breathlessly flipping each page. Rubinstein's lean prose perfectly captures the stark, brutally honest life of a paid killing machine, even as the quiet moments let you, the reader, and Eli, the assassin, wonder if he shouldn't want for something more."
—Lisa Gardner, New York Times bestselling author of the D. D. Warren series