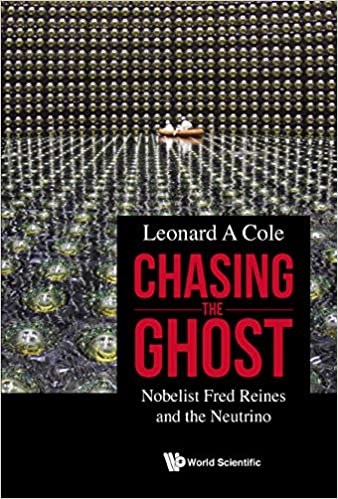 The principal aim of the book is to present an engaging narrative that appeals both to scientists and non-scientists. A mixture of memoir and biography, it tells a deeply human story. Although informed by the importance of neutrinos, it is primarily about Fred Reines, and not technical details of neutrino physics. The science presented here is intended to appeal to a broad audience. Essential to the story about Reines, the science is described in a manner intended to interest and excite the reader. While coursing through Reines’ life and the varied challenges and encounters he experienced, the book also reveals the constants of his persona. He displayed a sustained consistency throughout as a respected leader, admired by students and colleagues, a fount of big ideas and ambition. A continuing source of inspiration and motivation to others, his most basic consistency was his passion for science. The quest for knowledge about the wondrous universe is a profoundly human endeavor. Fred Reines’ life and his unremitting scientific curiosity are emblematic of that truth.

This book is the first full volume about Fred Reines. Although a Nobel laureate and recognized by many in the physics community for his scientific accomplishments, he is less well known to the general public than some other scientists of his generation. This book places deserved attention on his contributions to scientific knowledge.

As the centrality of neutrinos in the workings of the universe has become increasingly appreciated, so have Reines’ contributions including, with his colleague Clyde Cowan, first to detect the elusive particle. Besides his scientific work, Reines’ many talents, his persistence, and his magnetic personality make for an exciting story.