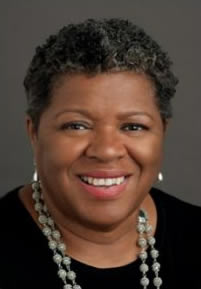 
Jackie Jenkins-Scott, a Gallup® Certified Strengths Coach, is a nationally recognized leader with more than three decades of experience in senior and executive leadership positions in public health and higher education. She is widely recognized as a transformational leader, helping individuals and institutions achieve high performance and strategic results. She served for twenty-one years as the President of Dimock Community Health and twelve years as the President of Wheelock College. In 2016, Jenkins-Scott founded JJS Advising, focusing on leadership development and organizational strategy.

In 1983, she became the President and Chief Executive Officer of the Dimock community Health Center (now the Dimock Center) in Roxbury, Massachusetts, one of Boston’s first and now, one of the largest community based health and human service organizations serving diverse, vulnerable populations.  Under Jackie’s leadership, Dimock emerged from the verge of bankruptcy to a highly successful and sustainable benchmark institution that successfully integrated comprehensive health and human services including new programming in workforce development, primary and behavioral healthcare, child and family centered services, transitional housing, and a community-based research program to develop innovative strategies for meeting the priority needs of inner-city residents.

In 2004, Jackie assumed the role of President of Wheelock College, a 129 year old private college specializing in educating teachers and social workers. Under Jackie’s strategic leadership, Wheelock significantly increased its endowment, completed an $82 million capital campaign, by far the largest in the College’s history.  Jackie also completed the College’s first Facilities Masterplan resulting in the constructions of a contemporary multipurpose Campus Center, modern renovations to student dormitories, and a new state-of the-art technology based Center for Learning and Innovation.  She added new areas of study including cross-disciplinary and online programs, increased undergraduate enrollment by over 50 percent and representation of ethnically and differently-abled students by 40 percent.  Her emphasis on internalization enhanced the student and faculty experience.

Her personal commitment to improve society extends to active community and civic engagement.  She is currently a member of the Boards of Directors of the Tufts Health Plan Foundation, Schott Foundation for Public Education, Center for Community Change and the John F. Kennedy Library Foundation.  She serves on the Board of the Century Bank and Trust Company.  Jackie raises public awareness about education and other public sector issues on a national and global scale by speaking and writing in a variety of media.  Her frequent contributions to Huffington Post  demonstrates thought leadership in inspiring others to learn and care about issues and institutions impacting public health and higher education and society. 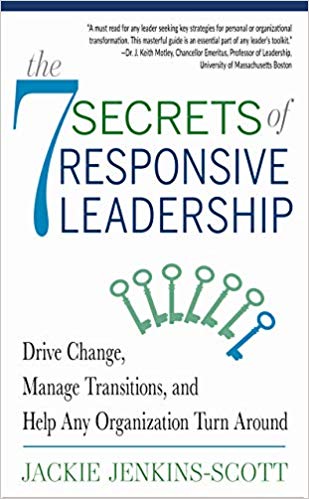 The 7 Secrets of Responsive Leadership: Drive Change, Manage Transitions, and Help Any Organization Turn Around