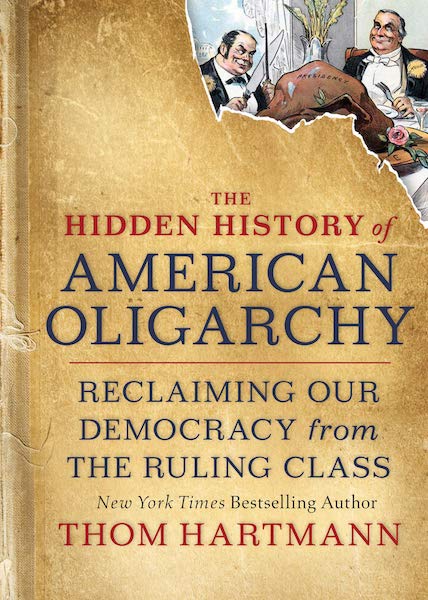 The Hidden History of American Oligarchy: Reclaiming Our Democracy from the Ruling Class

Thom Hartmann, the most popular progressive radio host in America and a New York Times bestselling author, looks at the real history of the corrupting influence of oligarchy in America—and how we can fight back.

The history of America (and of all democracies) catalogues the dynamic tension between democracy and oligarchy. Oligarchy usually has the power and the resources, and for this reason democracy has had limited success historically. The most important "stabilizer" that a democracy can build into its own system is one that prevents an oligarchy from taking over—which was an original purpose of the Constitution.

Thom Hartmann traces the history of the struggle between oligarchy and democracy, from America's founding revolt against British aristocracy to the United States' war with the feudal Confederacy to President Franklin Roosevelt's struggle against "economic royalists," who wanted to block the New Deal. In each of those cases the oligarchs lost the battle. But with increasing right-wing control of the media, unlimited campaign contributions, and a conservative takeover of the judicial system, we're at a crisis point as real and critical as those we hit in 1776, 1861, and 1932. Thankfully, Hartmann lays out practical measures we can take to break up media monopolies, limit the influence of money in politics, and return control of America to We the People.