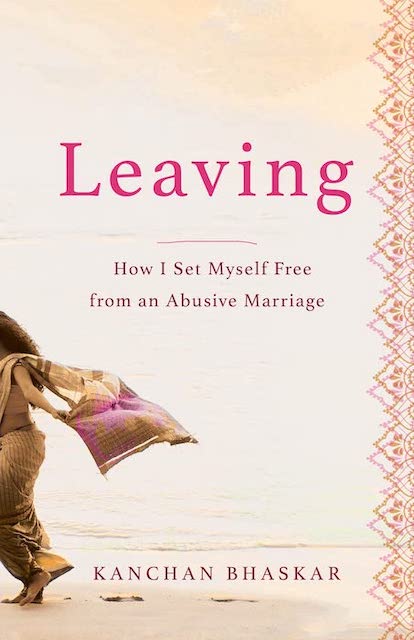 Leaving: How I Set Myself Free from an Abusive Marriage

Raised by two loving parents in New Delhi, India, Kanchan Bhaskar has always been taught that marriage means companionship, tenderness, and mutual respect—so when she enters into an arranged marriage, this is the kind of partnership she anticipates with her new, seemingly wonderful, husband. But after they marry, she quickly discovers that his warmth is deceptive—that the man beneath the bright, charming façade is actually a narcissistic, alcoholic, and violent man.

Trapped in a nightmare, Kanchan pleads with her husband to seek help for his issues, but he refuses. Meanwhile, Indian law is not on her side, and as the years pass, she finds herself with three children to protect—three children she fears she will lose custody of if she leaves. Almost overnight, she finds herself transformed into a tigress who will do whatever it takes to protect her cubs, and she becomes determined to free them from their toxic father. But it’s not until many years later, when the family of five moves from India to the United States, that Kanchan is presented with a real opportunity to leave him—and she takes it.

Chronicling Kanchan’s gradual climb out of the abyss, little by little, day by day, Leaving is the empowering story of how—buoyed by her deep faith in a higher power and single-minded in her determination to protect her children best—she fought relentlessly to build a ramp toward freedom from her abuser. In this memoir, Kanchan clearly lays out the tools and methods she utilized in her pursuit of liberation—and reveals how belief in self and belief in the Universe can not only be weapons of escape but also beautiful foundations for a triumphant, purpose-driven life.